A cold, poignant story of crime, survival, and regret, BOG BODIES follows an Irish gangster on the run after a job gone wrong who encounters a young woman lost in the Dublin mountains.

Injured and unarmed, the unlikely pair must try to evade their pursuers and survive the desolate bog that has served as burial grounds for unspeakable murder throughout history.

To accompany the release of Bog Bodies, we created a companion soundtrack of 8 original pieces, inspired by the book.

The music was written and recorded by Eric Kelleher  as the book was being created. It was mixed by Ian McNulty and mastered by Richard Dowling at WAV Mastering.

The soundtrack is available now on all streaming platforms.

Declan Shalvey is an artist/writer from Ireland. Over his career he has illustrated hit titles such as Moon Knight, Deadpool, All Star Batman and INJECTION with writer Warren Ellis for Image Comics

More recently he has been a writer on projects such as Deadpool Vs Old Man Logan, James Bond, Marvel Comics #1001 and his original graphic novel Savage Town.

Gavin Fullerton is an illustrator who works in animation and comics.

He has been a storyboard artist for shows such as Disney’s Space Chickens in Space and has been self publishing his comics since 2015. His first graphic novel Bags (or a story thereof) based on the short story by Over the Garden Wall creator Patrick McHale, was published by Boom! Studios in 2019.

He currently lives and works in Dublin, Ireland.

She has been working as a colourist since 2017 and has worked on various titles including Boom’s Heavy Vinyl, IDW’s Glow and Dynamite’s Vampirella Red Sonja.

Clayton Cowles is an Eisner-nominated letterer. He graduated from the Joe Kubert School in 2009 and has been lettering comic books ever since.

His credits include X-Men, Daredevil, and Star Wars for Marvel; Batman, Aquaman, and Mister Miracle for DC; and Bitter Root, Die, and The Wicked + The Divine for Image.

He resides in upstate New York in a house with two cats.

Heather Antos is an award-winning comic book editor and writer most known for her work on Marvel’s Star Wars and Deadpool lines, Image’s Redlands, Injection, and Bitter Root, as well as one of the co-creators of Gwenpool and Doctor Aphra.

She is now an editor at Valiant Entertainment.

“Bog Bodies is exactly the kind of comics I love! hard genre that takes me somewhere I have never been! filled with visceral Images that stay with you long after you’re done reading the book. it gets into the blood stream!”

“With Bog Bodies, Shalvey continues to present a unique voice and setting that I hadn’t realised was missing from comic books. More crime, more laughs and, most importantly, more character.”

“Grim and gorgeous.
If Martin Scorsese spent a night shivering and spooked in the Irish mountains, BOG BODIES is the kind of story that might result: gritty, darkly funny, and beautifully bleak.”

“Intensely readable character driven action, with great action and evocative art — this is my favourite kind of story.”

Jock - (WYTCHES, The Batman Who Laughs)

“An atmospheric gang story of real and not so real Dublin today full of the most beautiful imagery. Unlike anything I’ve ever read.”

“Bog Bodies is exactly the kind of comic I wish there were more of. At once grounded and deeply human but also totally haunting and compelling and addictive. Declan Shavely and Gavin Fullerton have created a true genre-defying gem.”

“Bog Bodies is the kind of tough Irish crime story that I love. Hilarious dialogue mixed with a sense of grim inevitability as cold as the landscape. Grabs you by the throat from the first panel and squeezes until the end… but you’ll be laughing as you choke. Fantastic stuff.”

Chris Baugh - (Co-writer/Director 'A Bad Day For The Cut') 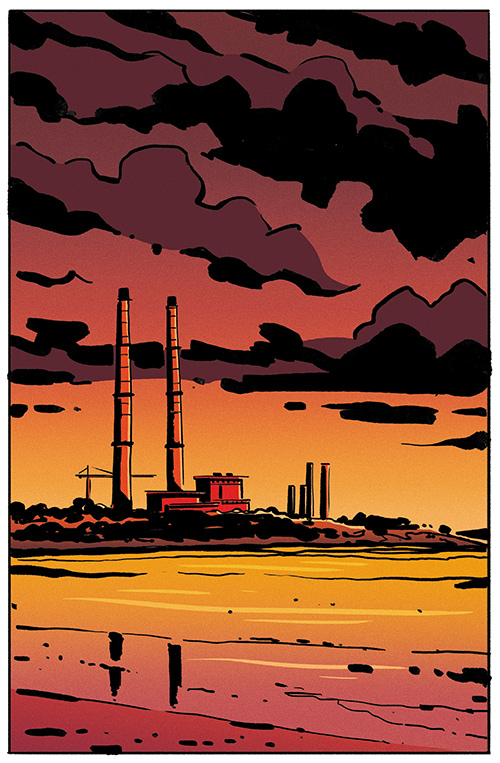 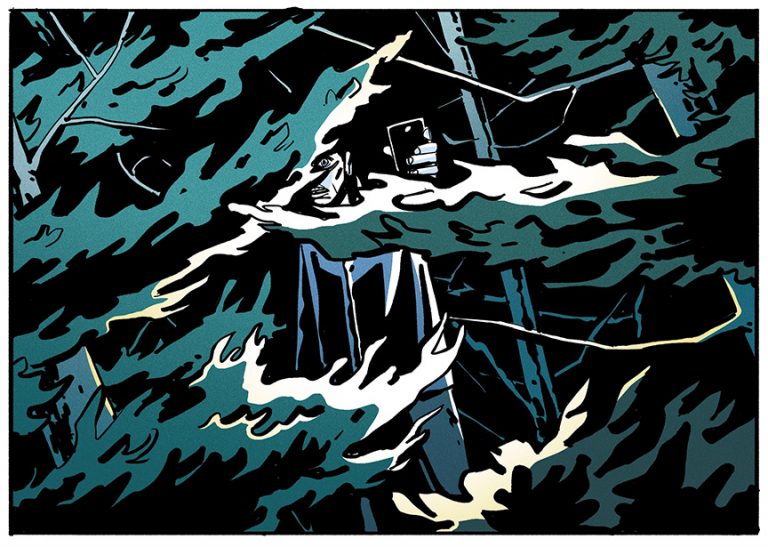 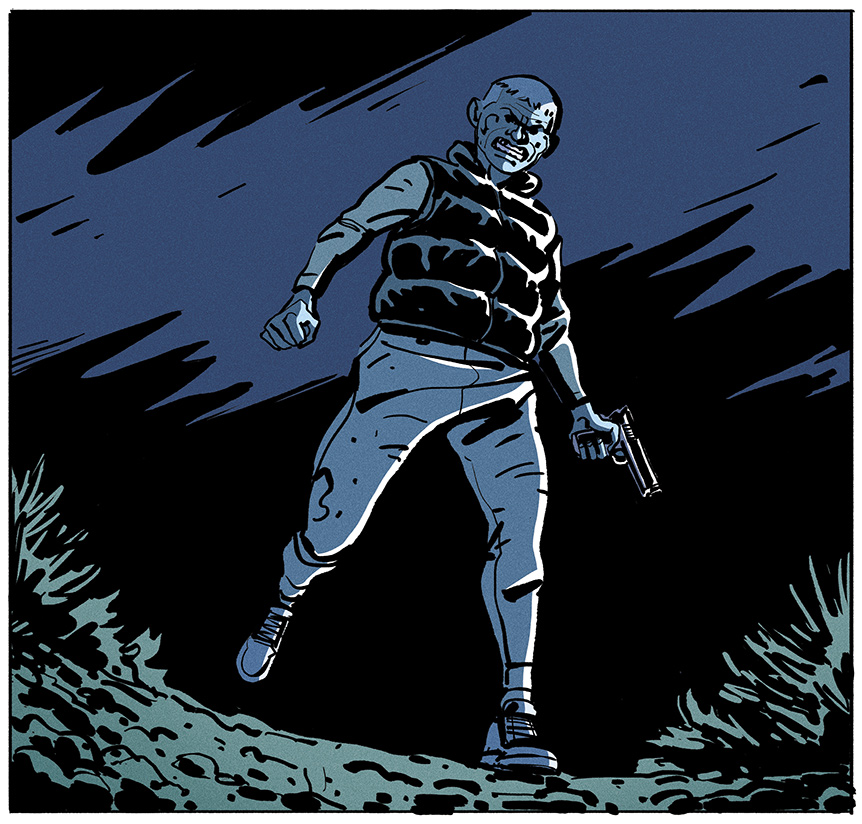 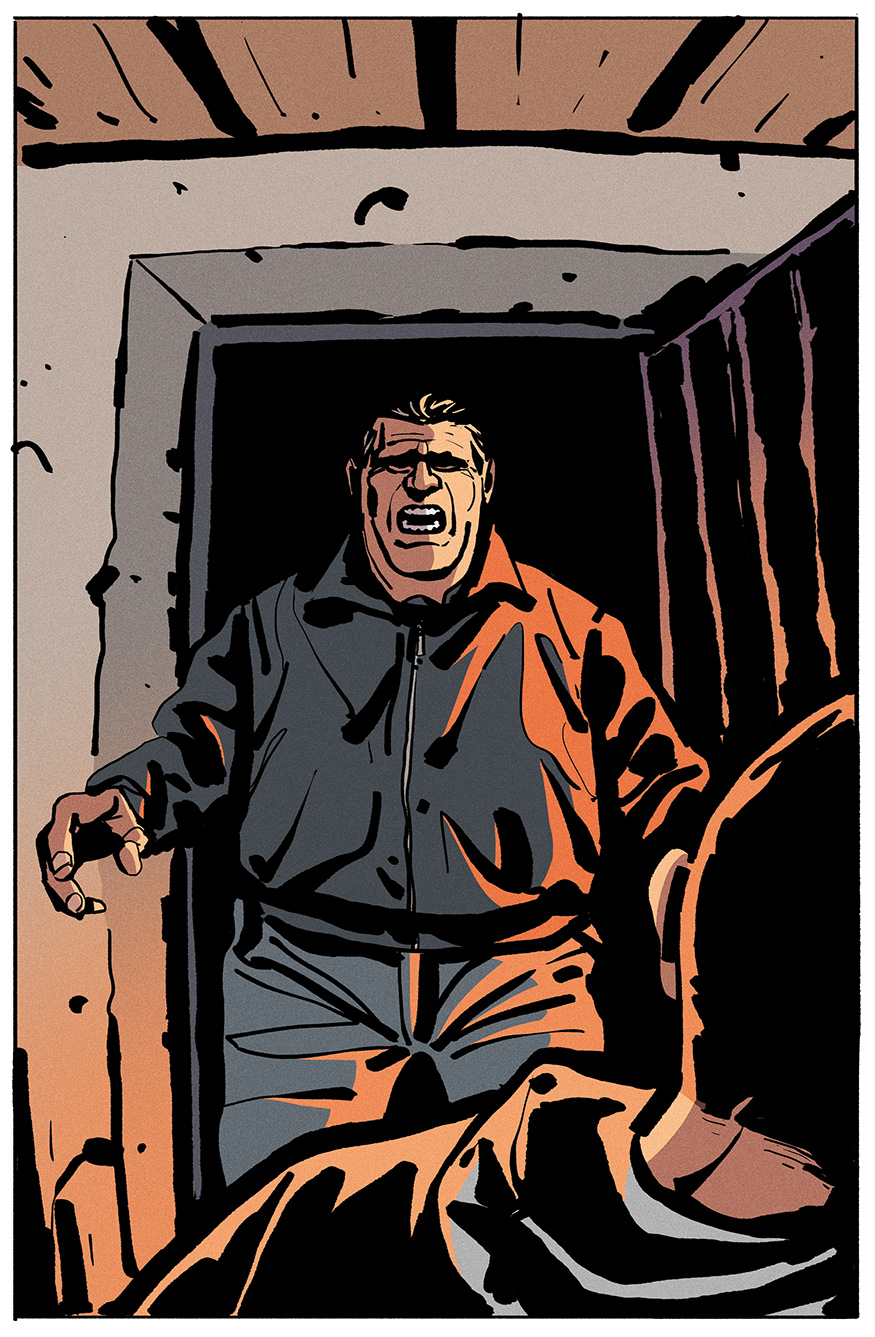 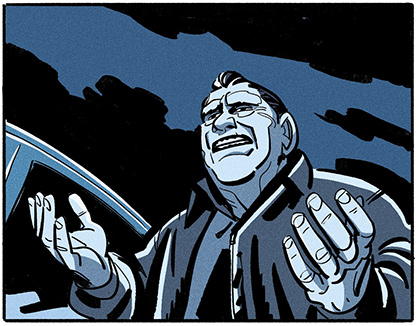